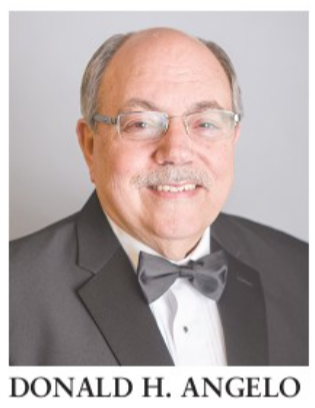 ​Join hosts Paul "PJ" DiBiase and Eric "EMac" MacAndrew as they take an informative and entertaining look at sports issues of the day, with a New England flair. PJ and EMac take nothing at face value in their never ending quest for the truth.

My name is John Francis and I am the owner of Competition Shooting Supplies in Pawtucket RI. I have been involved in the shooting sports since 1985 and became involved in the gun industry in 1992 and received my NRA instructor certification in Pistol & Personal Protection in the home in 1993. I started my shop here in Pawtucket in Jan 1994 and also became involved in NRA Bullseye Precision Pistol & Civilian Marksmanship Program (CMP) competition that year as well. I currently hold an Expert competitor classification in both indoor/outdoor matches and have also achieved Distinguished status in NRA revolver & CMP EIC .22 events. I can be reached at the shop Tues-Sat at 401-727-1716 or by email at compshooting@cox.net

RI BOYS MAKING IT ON THE GRIDIRON!

Why hire Attorney Stephen Levesque to handle my bankruptcy? Stick to experienced financial and legal advisors. Attorney Levesque has been practicing in bankruptcy law for 24 years and understands the ins and outs of filing. Now, more than ever, going with someone experienced in working with businesses and personal financial situations similar to your own is going to be essential. Remember, while bankruptcy is often faster and less painful than the alternative, it isn’t easy. Having an attorney like Attorney Stephen Levesque who knows the road you’re treading and who knows all the changes to bankruptcy law relevant in 2021 makes it a whole lot easier.

Tom Lopatosky has run his own RI-based carpentry and painting business since 1995; LOPCO Contracting – the “Personable, Particular Professionals” – specializes in carpentry and exterior & interior painting. Recently LOPCO Contracting was named ‘RI’s Finest Painting Contracting Company’ by ShopInRI Magazine. In 2013, Tom was named “Humanitarian of the Year” by the Painting and Decorating Contractors of America (PDCA) and a “40 Under 40” award winner by Providence Business News. He is a member of both PCA (Painting Contractors Association) and RIBA (Rhode Island Builders Association). Tom has often had weekly ‘Home Improvement Tips’ that have aired on the radio on 630 WPRO AM and on television on WPRI 12.

Marciano may be reached at: lou7950@aol.com.

Jules Martins is the owner of Village Paws

All Things Collectable with Jim Martin of Anchor Art & Antiques

​of The Roger Williams Cancer Center

Judy Salvadore advocates for domestic and wild animals and is a member of Friends of the Warwick Animal Shelter’s Board of Directors. Reach her at: theanimalsguardian@gmail.com

Place an ad in The Rhode Island Wave!